A grammar school girl with a scholarship to St Anne’s College, Oxford, I paid my way through university singing with a dance band and gained an Honours Degree in English, while acting in Shakespeare, Chekhov, and Brecht. I then had two paths: academia or performing.

I chose performance and won all the major prizes at The London Academy of Music and Dramatic Art. Within 2 years of leaving I starred in the West End in the groundbreaking American love-rock musical HAiR! for which I was nominated as Actress of the Year for the Evening Standard Drama Awards. The London cast album is still selling… singles can be found on iTunes. I repeated the role, in French, in the Paris production. Since then I have acted and sung in many West End shows, at the National Theatre and the Royal Shakespeare Company, on film, television and in cabaret.

In New York I performed with experimental theater company La Mama and directed Flux for the Public Theater. My production of Morecambe at the Edinburgh Festival won a Fringe First award and transferred to London. I was associate director on Elvis, the SWET award-winning musical. The celebrated television series Rock Follies was based on my female group Rock Bottom. When we sued the television company for theft of our idea, we established the law on Breach Of Confidence. My book The Real Rock Follies celebrates that rollercoaster of a story.

Real contact with an audience is its own reward. Delivering a performance is what I understand, know and love, it’s in my bones. So now, with my coaching, I pass on that knowledge. I know what works and I love getting others to the point where they understand it, too, and discover the joy, indeed the thrill, of connecting with an audience – whether of one or many.

“You were absolutely stunning last night. Funny, sexy, witty, beautiful and moving. I shed a few tears, I must tell you. Charlie and I… both agreed that we needn’t ever bother again with sitting in an actual theatre when we could be watching a performance like yours.”
Lans Pickup, Live at Zedel, October 16th 2018

“A total triumph! What cabaret is all about. Funny, great voice, and a terribly humane powerful moving journey. It will stay with me for a very long time. The upbeat ending is so life enhancing.”
Stewart Permutt, Live at Zedel, October 16th, 2018 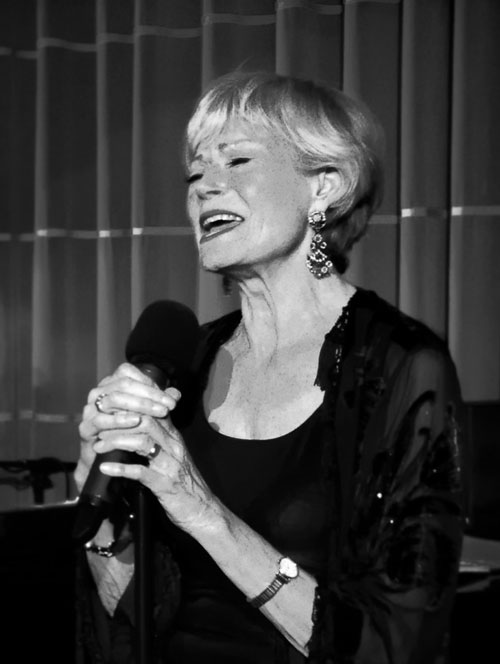