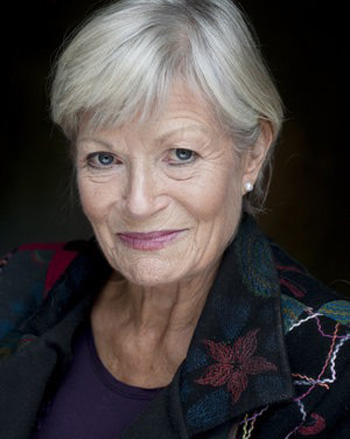 What you say, how you say it

creating a deep connection between you and your audience, whether one or thousands

I have a lifetime’s experience of public performance as an actor and director in theatre, film and television. Learn actors’ skills to hook your audience and keep them spellbound. In coaching, I focus on presentation skills, speaking in public, leadership skills and personal development.

Delivering a performance is what I understand, know and love, it’s in my bones. So now, with my coaching, I pass on that knowledge. I know what works and I love getting others to the point where they get understand it, too, and discover the joy, indeed the thrill, of connecting with an audience – whether of one or many.

Who is the coaching for?

I provide intensive one-to-one coaching and workshops for anyone, corporate or private, needing to communicate better. We all need to put over ideas, go for a new job, inform, teach or entertain. We can always improve.

Maximize your impact in performance and presentation. Create an immediate, enduring rapport with your listeners – what you want to say, the way you want to say it.  Deliver your message with clarity, confidence – and even charisma.

What is unique about it?

Let me help you develop an immediate  rapport with your audience – whether one or thousands. Explore what works best for you – full script, notes, no notes, overheads, autocue, spontaneous. Harness  the hidden messages in body language and voice that reinforce the words we use.

I have a lifetime’s experience of public performance as an actor, director and singer. I  have an English degree from Oxford (St Anne’s College, MA English) and I completed a full-time acting course at LAMDA. I did voice teacher-training with Kristin Linklater and I am a qualified NLP Practitioner.

“Inspirational, you changed my life.” Kirsty Anderson, Head Teacher, The Hall School. “There’s a lot more to speaking than meets the eye. You opened my eyes as well as my mouth. A thousand thanks.” Nick Middleton, TV presenter and lecturer, St Anne’s College, Oxford “Despite 35 years of speaking in public, I was daunted by having to make a speech at my daughter’s wedding. Annabel gave me enormous confidence, enabling me to say what I wanted to say, naturally and spontaneously.” Nick Strauss, QC “Thanks to you, I soon found my feet in front of an audience and I’ve never looked back. What a thrill to finally be able to speak in public with confidence.” Judy Rich, Managing Director and Founder of Long Tall Sally “I really have made such undeniable changes to how I perceive myself – everything we’ve been working on is starting to feel quite connected – and I can lose weight – like you said it’s about taking responsibility for myself, my health – not abusing my body – the weight is a side issue. Cripes. It really is quite incredible how different I feel, brings tears to the eyes. I can do this – whatever “this” is!!!” Lynn Sollors, Sales Director, Listening Co

“It’s taught me greater confidence in my ability to speak to an audience, distilling what I want to say, I also continue to use the warm up exercises, they made a huge difference. I saw huge increases in confidence in everyone attending.” Bob Bharij, Director of Foundation for Change “Understanding all the aspects of what goes into a performance, ie voice, stance, presence, audience, etc, really opened my mind.” Speak Up! Participant “I learned that when I speak from the place of resonance – not just vocal chords but deeper – it is very powerful.” Speak Up! participant “I learnt I can, sometimes, slow down! I most enjoyed the kindness and openness of the group.” Speak Up! participant “Really well pitched and structured. I most enjoyed the environment and the practical advice.” Speak Up! Participant

Speak Up! Finding My Voice

I signed up for Speak Up because I have always had trouble expressing myself in situations when it mattered. I dry up. I feel stupid. I blame myself afterwards. I needed to get over myself.

I had just had my fourth or fifth class; we were nearing the end of the course. I wasn’t too good at blowing raspberries or talking with my tongue hanging out and the prepared speech I had given caused me to shake uncontrollably. But I enjoyed the discussions generated by the exercises that we did and the contributions of the other members of the group. I felt I had a way to go before I would be a confident speaker but I was on the right track.

Then I broke my hip while I was alone in my house. I managed to get to a phone and ring an ambulance and a neighbour with a key to the front door. After that my life was in the hands of others. I had no control. I did not panic and more importantly I did not dry up. I found I was able to focus on the people that were helping me, to connect with them on a personal level, to ask them about their lives and to thank them genuinely. After the operation I was knocked out by morphine, but I noticed that none of the other women on the ward spoke with each other. We listened to their conversations with their visitors, their shouts in the night, but we didn’t talk amongst ourselves. When I was feeling a bit less drugged I surprised myself by breaking the ice with my neighbour one day at lunch. She had given the impression of being a haughty upper crust snob, but I discovered that she was quite an interesting woman. She blossomed with the attention. So did the others in turn.

I left hospital and thought nothing of it. At home I needed the assistance of carers twice a day. I never had the same person to help me. To make it bearable for them and for me, I again tried to connect with each one. They responded. The following week I went back to the hospital for an x-ray. My daughter pushed the rather awkward wheel chair. I chatted to the people in the lift, the technician, the other patients waiting. We all had a laugh. I asked my daughter later if I had always done this and she said, “No, I think it is that Speak Up course you did”. I thought about that and wondered if she was right. Always concerned with audience reactions, I then asked, “ And how does it go down”. She replied, “ You seem a bit desperate to talk to people.”

That stung. I pondered it for several days. I dried up. I felt stupid. I blamed myself. But then I had a revelation. I am anxious to connect with my fellow man and in my small way I did it and we all felt much better as a result. Thank you Annabel.